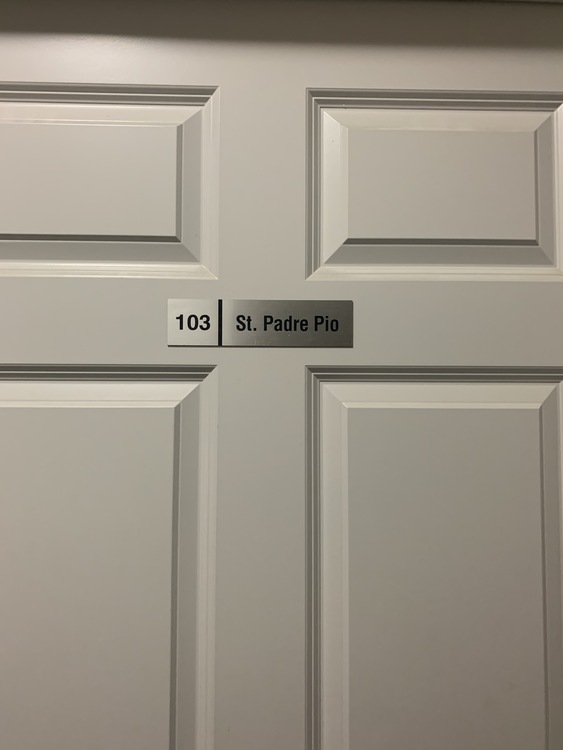 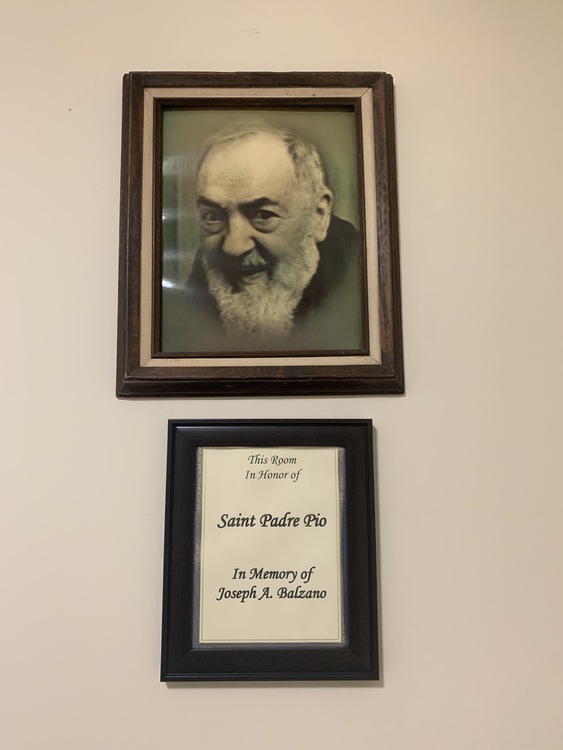 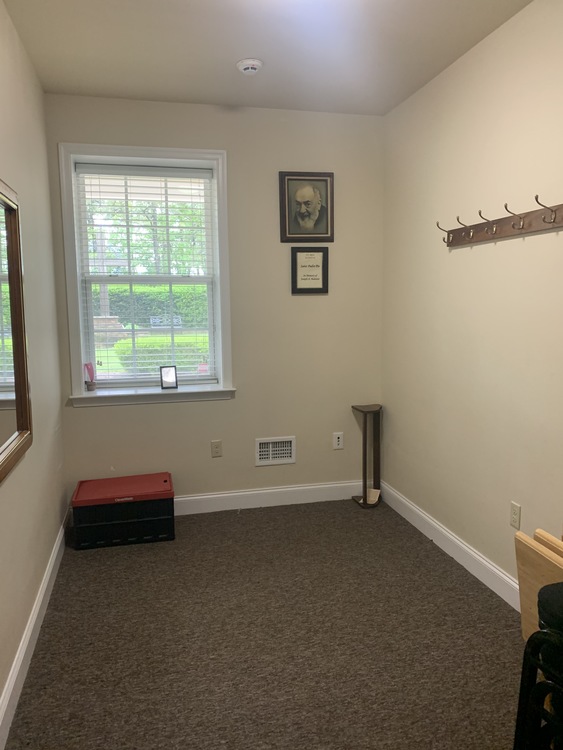 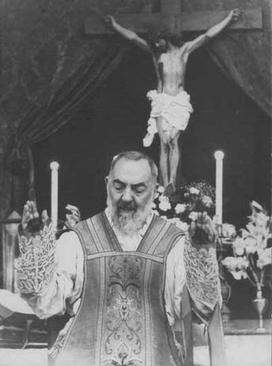 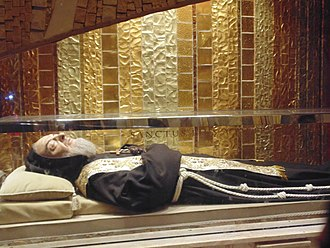 Padre Pio, also known as Saint Pio of Pietrelcina was an Italian friar, priest, stigmatist and mystic, now venerated as a saint in the Catholic Church. Born Francesco Forgione, he was given the name of Pius when he joined the Order of Friars Minor Capuchin.

Padre Pio became famous for exhibiting stigmata for most of his life, thereby generating much interest and controversy. He was both beatified (nineteen ninety-nine and canonized (two thousand two) by Pope John Paul II.

As a youth, Francesco reported that he had experienced heavenly visions and ecstasies. In eighteen ninety seven, after he had completed three years at the public school, Francesco was said to have been drawn to the life of a friar after listening to a young Capuchin who was in the countryside seeking donations. When Francesco expressed his desire to his parents, they made a trip to Morcone, a community thirteen miles (twenty-one kilometers) north of Pietrelcina, to find out if their son was eligible to enter the Order. The friars there informed them that they were interested in accepting Francesco into their community, but he needed to be better educated.

Pio was devoted to rosary meditations and said: "The person who meditates and turns his mind to God, who is the mirror of his soul, seeks to know his faults, tries to correct them, moderates his impulses, and puts his conscience in order."

He compared weekly confession to dusting a room weekly, and recommended the performance of meditation and self-examination twice daily: once in the morning, as preparation to face the day, and once again in the evening, as retrospection.

His advice on the practical application of theology he often summed up in his now famous quote, "Pray, Hope and Don’t Worry". He directed Christians to recognize God in all things and to desire above all things to do the will of God.

The remains of Saint Pio were brought to the Vatican for veneration during the two thousand fifteen to two thousand sixteen Extraordinary Jubilee of Mercy. Saint Pio and Saint Leopold Mandic were designated as saint-confessors to inspire people to become reconciled to the Church and to God, by the confession of their sins.