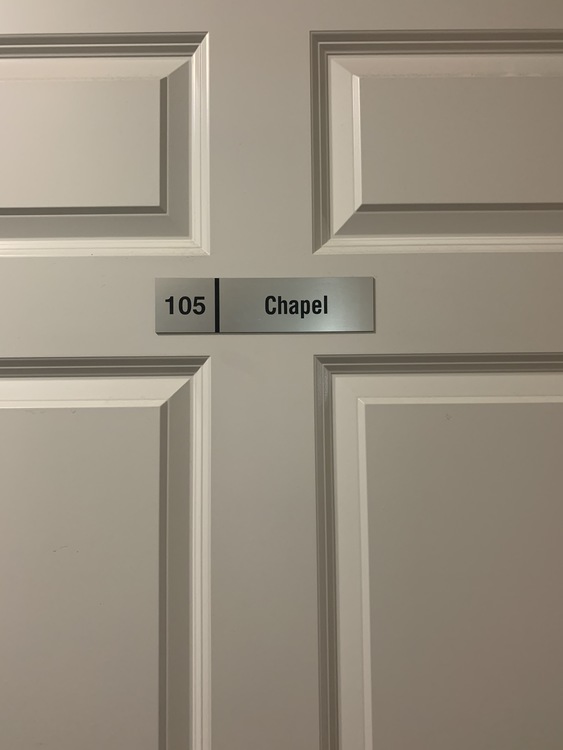 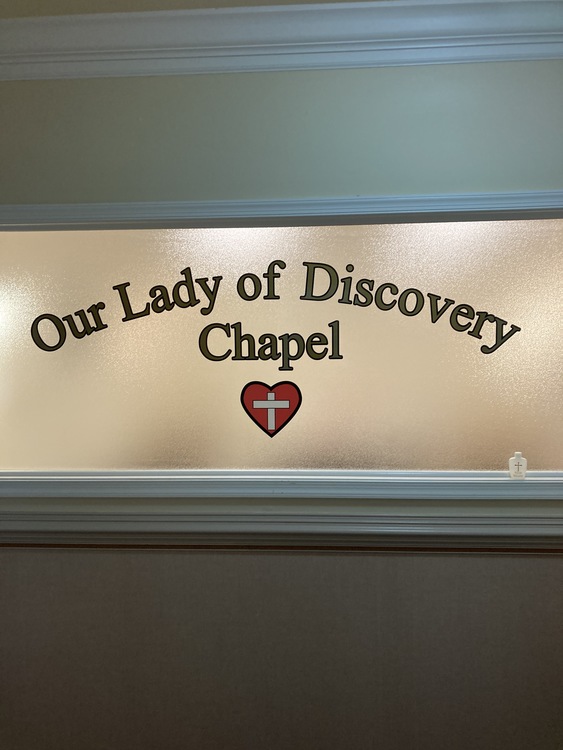 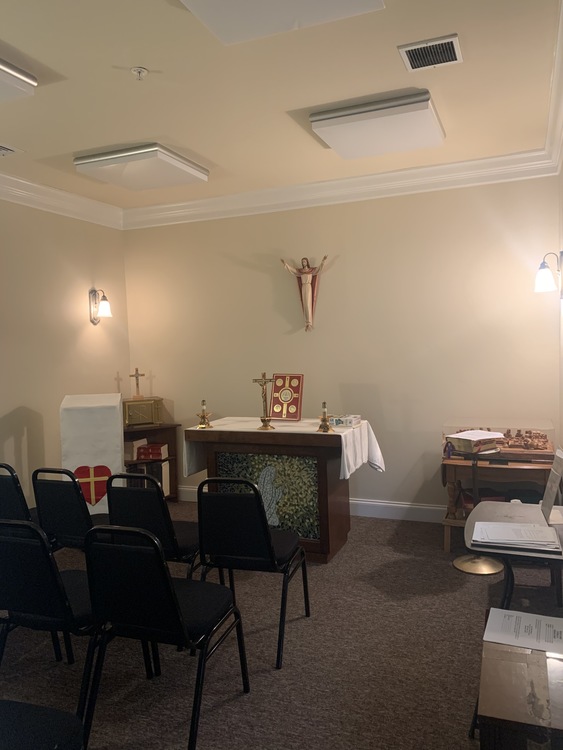 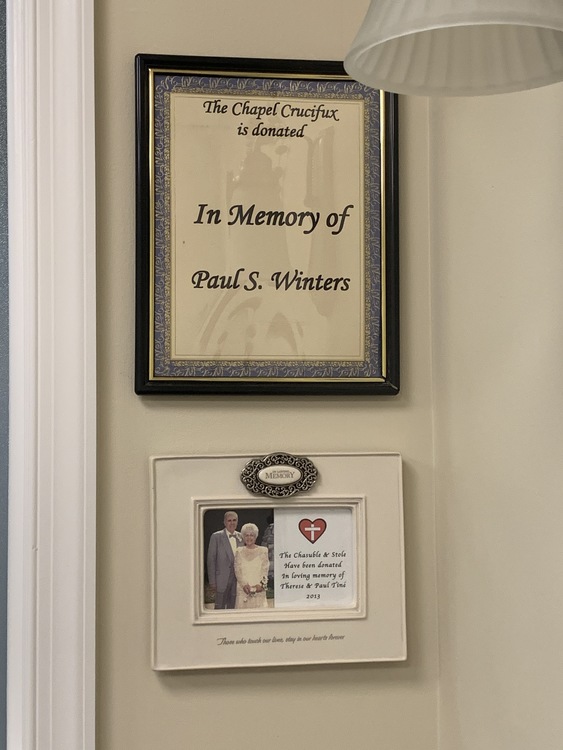 The Chapel is the center of the building -- not by accident – celebrating mass for many groups that come -- not only is the bread of the Eucharist broken, chosen, and given, but we see ourselves as members of the body of Christ, broken, blessed through so many experiences and ups and downs of our lives.

The earliest Christian places of worship were not dedicated buildings but, rather, a dedicated chamber within a building, such as a room in an individual's home. Here one or two people could pray without being part of a communion/congregation. People who like to use chapels may find it peaceful and relaxing to be away from the stress of life, without other people moving around them.

The word "chapel,” like the associated word "chaplain," is ultimately derived from Latin.[7] More specifically, the word "chapel" is derived from a relic of Saint Martin of Tours: traditional stories about Martin relate that while he was still a soldier, he cut his military cloak in half to give part to a beggar in need. The other half he wore over his shoulders as a "small cape" (Latin: capella). The beggar, the stories claim, was Christ in disguise, and Martin experienced a conversion of heart, becoming first a monk, then abbot, then bishop. This cape came into the possession of the Frankish kings, and they kept the relic with them as they did battle. The tent which kept the cape was called the capella and the priests who said daily Mass in the tent were known as the capellani. From these words, via Old French, we get the names "chapel" and "chaplain."