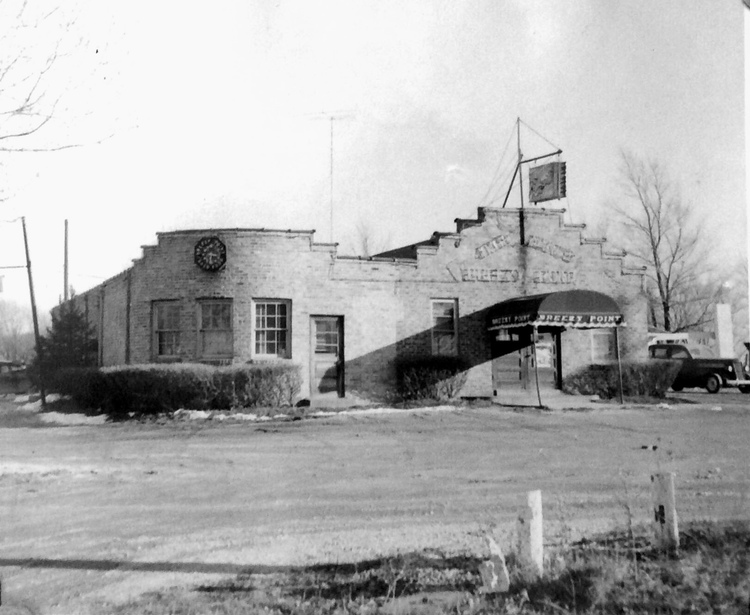 For the last hundred years this southeast corner has been known as Breezy Point. There has been some kind of stand, restaurant or tavern here since 1924,when FW Kingsley opened an ice cream stand for the summer. In the mid 1940s the restaurant shown here was built, and aptly named Breezy Point. It included a bar area, and also featured a band and a dance floor.   It was there until 1953, and in later years  went by several names, including Bishops, Erik’s,  Bella Inn, and finally Taylor Street Cafe.  Hackneys was on the other side of Old Rand, and kitty corner where Fritzl's is now, there used to be an Italian restuarant called A Little Touch of Italy.

From where you are at the corner, head down the sidewalk along Old Rand.  In the early 1950s, a motel was built along the lake at this spot, called the Lake Zurich Beach Motel and later Erik’s Beach Motel. When you reach the end of the sidewalk where it ends at the entrance to the condominiums you will need to cross to the north side of the road. After you do,  push NEXT.